Reflections on about 60 hours of work with David Gordon 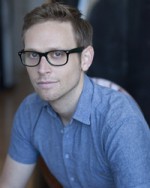 DISCLAIMER: None of the quotes below are direct or verbatim but rehashed through my highly subjective memory.

I have mild OCD. At times it’s been an asset. I published all kinds of statistical papers about chimpanzee behavior—and that probably would not have happened unless I had obsessively (and compulsively) reviewed each and every cell in the Microsoft Excel Spreadsheet before running the queries. I self-produced about 10 shows—and this probably would have never happened unless I had compulsively (and obsessively) run each rehearsal, sent 10,000 emails, and tied the seemingly endless strings together to pull each performance off.

And now that I’ve begun this post with so much humility—I’ll now confess that the OCD has had its not-so-triumphant moments as well. Those moments where it takes up to 20 minutes to clean three dishes in my sink. Or the myriad hours invested in reorganizing my gmail inbox to make it more efficient to reorganize a month later.

After the first four days of working with David Gordon on POLITICAL SHENANIGANS, an adaptation of Bertolt Brecht’s The Roundheads and the Pointheads, David invited an open discussion with the performers to ask questions or describe their experience. To his credit, I felt comfortable enough to say that the first week had been a bit of a “headache.” A headache in the sense that my OCD was always required—but absolutely never fulfilled.

Scenario One: David asks me to move a rolling table from offstage into its proper spot onstage, demarcated with spike tape. I do this—and make sure that all four corners are perfectly flush with the four taped corners on the floor. After a few runs I hear: “Marcel—don’t take so much time to make sure that the table is perfectly in its spot, you stooping beneath the table to check all four corners takes up time, just leave it and go.” But … but … the wheels are about an inch outside of the spike tape!!

Scenario Two: “Marcel—when Valda stands from the chair and crosses downstage, shadow her and follow her movement.” If there’s one thing I could do well, it would be to shadow Valda Setterfield. Then, after a few runs: “You look like you’re in the military. Simply walk across the stage and when you stop, just stop—you don’t have to hit your mark and freeze with both feet together. If you stop on the street while you’re walking—your feet don’t snap together, but one is in front of the other. The movement for this piece is pedestrian.” I wanted to reply: “BUT I HAVE TO CROSS THE STAGE PERFECTLY! DON’T YOU UNDERSTAND!?” Instead, I took his recommendation and allowed whatever inexact pathway to occur—so long as I completed the act (and intention) of standing and crossing downstage with Valda.

Scenario Three: “Sing the song with Rhonda Moore. Share one piece of sheet music. Sing in strong unison. Don’t perform, just tell the story. Remember the perspective of your character. Hit each consonant. Know the melody—but speak certain words. Don’t gesture. Exit the stage at the end of the song and enter as a new character. Just tell the story. And be pedestrian.” Where is that self-implode button when I need it?

Working with Gordon and the Pick Up Performance Co(s) team has been a rich challenge in the balancing (or perhaps juggling) act of fastidious precision in diction, movement, and elocution and simultaneously carrying out the Judson hallmark of a pedestrian and nonchalant raison d’être. The performers and I are not alone in this challenge of executing a strong and clear vision while concurrently being open to, really, whatever the moment asks of us. In fact, I began to observe in week 2 that this precarious disposition is the very way that David creates his work—bringing in a crystal clear vision and then allowing it to change, to shift according to how the space is configured and what the performer does. Noting this, I felt the need to pull David aside and remark: “It seems that one must have OCD in order to do this work—and must completely repress their OCD in order to do this work.”

And at least I know I have that much confirmed as we venture into week 3.

Marcel W. Foster is a Philadelphia-based choreographer/theater-maker. His original work draws from a background in Anthropology, in which he researched the social behavior of chimpanzees with the Jane Goodall Institute for five years. www.marcelwfoster.org