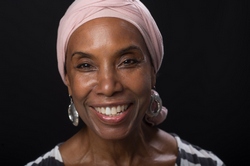 For quite a while I’ve been intrigued by “gesture.” In my own work, typically dealing with collective memory and history, I look for ways to use a discrete movement, a posture, or placement of some part of my body—without the intervention of text—to capture an era, personality, or idea. I’ve been drawn to exploring the economy of gesture—its ability, on its own, to trigger shared memories and compelling imagery. So when David Gordon offered his views regarding gesture early in the POLITICAL SHENANIGANS Workshop, I leaned in.

During the first week of rehearsals he came at the topic obliquely: directing us to forget about “performance” and giving us physical tasks—moving tables, chairs, and racks while reading scripts—that subverted inclinations and opportunities to gesticulate. Yet there were times when we were directed or allowed to use what to me seemed quite stagey gestures, as in Scene 1 when the Viceroys emphasize their lines with hand movements as they hatch a scheme to foment dissension between the town of Yahoo’s “Czuch” and “Czich” residents.

By the second week, he became pointed in his check-the-gestures directives. “Get rid of gestures!” “Stop duplicating and underlining with movement what you’re saying!” He confided how he once directed Valda Setterfield to knit throughout a production in order to trigger involuntary, quirky movements that interrupted her natural tendency to steal any scene with her poise and beauty. “Artists must determine how much of something or how little of something is enough to do the thing you intend.” His 10-minute lecture didn’t all come together into a neat package, but it was enough to chill expressive movements that we’ve come to associate with theatrical convention. It was also enough to burrow into my already swirling thoughts about the uses and abuses of gesture.

DG’s attitude toward gesture seems to be a corollary of his laser focus on the text. “Read the words … they say it all.” It’s the playwright, not the actor, who has the job of giving the audience the information it needs in order to understand a line or a scene. The actor’s job is to understand the meaning in the words—What do they say about the Viceroy’s intentions in entrusting the Vice Viceroy with the job of executing the scheme to divert attention from the Yahoo’s economic woes? What do they say about the Vice Viceroy’s ambitions? At what point do the Czuch and Czich farmers fall prey to the Vice Viceroy’s divisive scheme?—and invest delivery of the text with those meanings. (“But [as the script states] Brecht believes the actor must not completely transform into the character.”) The song lyrics are as critical as the text in conveying Brecht’s dramatic intention and require equal attention and articulation. The songs are not decorative embellishments but rather serve as thematic pillars for the play.

It occurred to me that another reason to beware of gestures in the context of this play is that, in his adaptation of Shakespeare’s Measure for Measure, Brecht  was addressing the political circumstances of a particular time—the Nazi era in Germany—and gestures familiar to today’s actors and  audiences might confuse or distort the playwright’s intention. Furthermore, as we’ve discussed in rehearsals, it’s hard to be certain of Brecht’s political message—the play has gone through many translations, and the songs and song verses, which are critical thematic vehicles, were not uniformly incorporated into the translations. Moreover, Brecht was adept at veiling his political allegiances and alliances: as the Brecht and Eisler characters say in the POLITICAL SHENANIGANS script, “Brecht didn’t refuse to talk to HUAC but he only talked about ART.… I lectured on Japanese theater. I spoke very slow with a big accent.” However much we think the characters and songs speak to today’s social and political environments,1 we don’t have license to inject our own views into the work—through gestures or otherwise. At least, that’s how I understand DG’s expectations of actors.

These directives and workshop experiences have stirred up new questions in my relationship to gesture. I’ve been trying to put a finger on how my POLITICAL SHENANIGANS experience is shaping my sense of what gesture is and how it can be employed.

Here are a few personal reflections on that theme.

It’s been difficult to define “gesture” in ways that make it possible to compare views and approaches. DG described gesture as when we use physical action to duplicate or underline what’s being said. In my own work, I don’t look to gesture to underline and amplify words; I look to gestures to convey something I can’t—or choose not to—express in words. For me, a paradigmatic use of gesture is Afro-Cuban dancer Teresita Perez’s portrayal of the Santeria orisha Yemeya; Teresita’s smiling glance over her shoulder, head tilted back, captures Yemeya’s personality in ways that neither descriptive verbiage nor sensuous dance movements and billowing skirts can.

She spent most of the time exaggerating, perverting or parodying it [the flamenco genre]. Mainly she used it for a prize-winning display of anguish…. But it’s ludicrous for an important dancer to spend large parts of her recitals with her face and torso slumped on a table.

His review ended with the pronouncement:

When flamenco dancers perform as if “Music Makes Me” were their motto, then the art form flourished. When music and dance are subordinated to hammering home feelings of grief and gloom, then flamenco is both tedious and absurd.

I don’t go out of my way to read Macaulay’s critiques, but this one caught my attention because I’d just completed a month-long residency with award-winning Seville-based flamenco artist Rosario Toledo and had written about the affinities and dissimilarities in our approaches to gesture. My work tends to defy the conventional presentation of tap dance: I don’t assume stylized postures; I don’t smile much; while I invite the audience into my narrative and emotional space, I most often work internally and rarely confront the audience visually. Rosario pushed me to be more stylized and more demonstrative with my arms, torso, and facial expression, not just in my interpretation of flamenco rhythms, movements, and poses but also in my own style of dance. Spending many hours with Rosario both reinforced for me the importance of cultural context to artistic decision making about the use of gesture and opened me to new expressive and kinesthetic possibilities for incorporating gesture into my work.

I wonder how DG would have reacted to the performance of Israel Galvan, the culminating event of Pasion y Arte’s brilliant Philadelphia Flamenco Festival that concluded on March 15. New Yorker dance writer Joan Acocella said of Galvan that not only does he have impeccable flamenco lineage, but “he is truly a breathtaking virtuoso. No one on the stage today can best him in speed or precision.” In “La Curva,” the piece he performed at the Mandell Theater on Saturday and Sunday, he exploded flamenco conventions by replacing the traditional guitar and guitarist with a grand piano and elegantly attired pianist who employed Cage-inspired angularities and salvos on the keys as well as in the interior of the instrument. Galvan danced on a variety of surfaces, including a tabletop and a pile of flour. He rolled in the flour and shouted “dirty flamenco” as he rose from the floor, his body-hugging costume dusted in white. He assumed grotesque postures, pulling a leather jacket over his head and moving like a troll, hung a wooden folding chair around his neck and tapped rhythms with his fingertips. Gesture was an essential component of the piece—gestures that reminded us of flamenco’s history and traditions, and those that conveyed Galvan’s intention to propel the form into a new era.

DG’s admonitions about gesture have shadowed me as I’ve done incidental choreography for a local production of a one-man play about the life of Dizzy Gillespie. My primary assignment was to create two short choreographies—one recalling the “buck dance” and the other interpreting the “snakehips,” popularized by eccentric dancer Earl Snakehips Tucker. Admittedly overreaching, I saw other ways to inject choreographed movement into the production—to breathe space and energy into text that is sometimes dense and presents as words to be read, rather than words to be spoken. I’ve wanted to draw connections between events in Dizzy’s childhood and the personality traits he displayed as an adult, and to strengthen the relationship between the actor playing Dizzy and the leader/trumpeter of the onstage band. I would use gesture to provide context for the text, as for a section of the script where Dizzy profiles the trumpet as an adversary, as well as a seducer and mocker of anyone who tries to master it. My aim is not to underline the words of the text but rather to allow the actor’s physical handling of the trumpet to reveal the personality and agency of the instrument and Dizzy’s relationship to it. I would accomplish with gesture what the text, as written, cannot.

In this situation and others, the POLITICAL SHENANIGANS Workshop has heightened my sensitivity to the challenge of knowing how much or how little gesture is enough.

1. Just today [3/17/14], I couldn’t resist associating two New York Times articles with the characters and themes of POLITICAL SHENANIGANS. One article relates how the dirty and dangerous job of cleaning up the ravaged Fukushima Daiichi nuclear plant has fallen on desperately poor, unskilled, and poorly trained Japanese workers—not unlike how the wealthy of Yahoo shift what’s distasteful to them to the poor, abused, and dispossessed. Obvious parallels to POLITICAL SHENANIGANS can be found in another article that recounts the 1863 draft riots of Manhattan, when poor Irish immigrants beat, maimed, and lynched African Americans, many of whom lived and labored side by side with the Irish. The writer, Rachel Swarns, states that “in the 19th century … many Irish immigrants, egged on by racist politicians and employers, discriminated against blacks and viewed them as economic rivals.” The untold story related by the article is how, within blocks of the site of the riots and within the same decade, blacks and Irish intermarried and were building stable interracial families and communities.